PROPOSAL FOR PURCHASE AND FINANCING OF BARE LAND FOR

The Trustees of the South Quadra Fire Protection District intend to pass Bylaw 122, SQFPD 2020 Borrowing Bylaw to borrow $200,000 from the Province of BC, for a term not exceeding 15 years, for the purchase of the 0.8 acre lot located at 1525 West Road, Heriot Bay, Quadra Island. No increase in tax rates is required to repay the loan. The site will ultimately be used to replace the current Hall #2, located on West Road, diagonally across the street from the lot being acquired.

The Quadra Volunteer Fire Department has been providing fire protection services for over 60 years. During that time the community and fire protection responsibilities have expanded dramatically. Dwellings are more complex and greater in number. National standards for Fire Fighter safety and the insurance industry have increased. New First Responder responsibilities have made short response times more critical. We have a growing awareness of dangers of climate change and earthquakes.

The present Hall #2 in Heriot Bay was built of cinder block 60 years ago and has been declared seismically unsound. Seismic upgrading would exceed the value of the building. It is too small for the present vehicle configuration. It has no water supply or waste water disposal system or potential for either in the future. There is insufficient space to store enough water to obtain water tanker shuttle accreditation in the Heriot Bay area, an important element of household insurance rates. The lot is steep, lacks setbacks from roadways and lacks parking for firefighters during call-outs. The lot is privately owned land, designated Residential 1 and leased to the fire department. Future investment on the site would not be reasonable.

The fire department has been looking for a viable replacement site for #2 Hall for over ten years. Possibilities were investigated at other sites in Heriot Bay but none proved viable or economical. In January 2020, discussions with the owners of 1525 West Road were undertaken and the Department’s offer to purchase, subject to rezoning and financing, was accepted. Current zoning is Commercial but does not include a fire hall. A rezoning application has been made to the Regional District of Strathcona and is under consideration, pending the resumption of public meetings in the fall.

The SQFPD has been anticipating such an acquisition for several years and has budgeted accordingly. No increase in tax rates is required to repay the loan. The SQFPD proposes to borrow the full purchase price of $200,000, repayable over 15 years, at a current rate of under 2%. Soft costs related to the purchase will be covered from the current year budget.

Before proceeding with borrowing the Trustees will seek approval of the property owners within the South Quadra Fire Protection District via a process similar to the Alternate Approval Process used by BC municipalities. The Regional District of Strathcona has determined that there are 1937 registered property owners of 1290 parcels in the South Quadra Fire Protection District. If less than 10% of eligible property owners (194) sign and submit a Response Form in opposition to the borrowing, the project will proceed. Property owners who wish to oppose the Trustees proposal may obtain Response Forms by contacting the Fire Department office at 844 Heriot Bay Road (250) 285-3262 or downloading the form from our Response Form page.

Completed forms must be received by 3:00 PM, September 21, 2020. Forms must be sent by mail to “Fire Department Response Form”, Box 892, Quathiaski Cove, BC, V0P 1N0. Eligible respondents must be registered property owners within the SQFPD boundaries for at least 30 days and be 18 years of age. 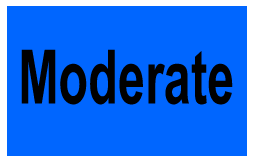 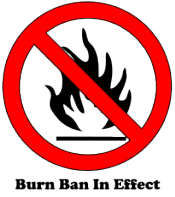